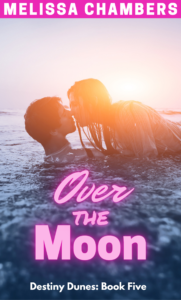 One stormy night could change everything…

I have no idea why Raven Youngblood hates me. From the moment I met her at the bar where I used to hang, she’s given me the cold shoulder.

Now that I opened my own bar along with my two buddies, they’ve hired her to bartend for us. Even though I’m technically her boss, she still gives me the evil eye. But the more she throws hate my way, the more intrigued I become.

A storm’s coming, and she and I are stuck here at the bar alone. Maybe I’ll get to the bottom of her issues with me. Maybe I’ll change her mind.

I should never have taken the job at the bar co-owned by the guy I need to avoid. But I can’t help myself. I’m drawn to Easton Moreau like hot fudge to vanilla ice cream.

He looks just like my toxic ex, though he’s nothing like him. Easton is good and kind and even hotter than him. I’ve been trying to avoid unhealthy patterns since I left him. Besides, with the side job I’ve taken to pay off my sister’s debt to some seriously shady people, my life’s too messy to think about romance.

But we’re stuck here together, alone. And I’m not sure how much longer I can keep up this act.